Blog How Active Mineral Based Sunscreen Is Saving The Reefs

How Active Mineral Based Sunscreen Is Saving The Reefs

When you’re considering how to protect yours and your family’s skin from the sun, it’s totally normal not to think about the knock-on effects that happen, depending on the choice you make. While awareness is increasing, a large number of people still don’t know how the decision to use active mineral based sunscreen over chemical varieties impacts the planet.

The fact is that the type that’s been used for decades by most people – chemical-based sunscreen – is systematically making our wonderful coral reefs uninhabitable to the many amazing forms of life that call the place home. Through a process known as ‘bleaching’, many once beautiful reefs that were resplendent in color are now white and lifeless.

14,000 Tons of Chemical Sunscreen Per Year

Believe it or not, around 14,000 tons of chemical sunscreen makes its way into the world’s oceans each year. You might wonder exactly how this happens and in truth, it’s simply washed off people wearing it while swimming in the sea. Even those who don’t enter the ocean will wash it off in the shower at home, meaning that it still finds its way there through the water system.

Active mineral based sunscreen is something that can combat this, as the substances it’s made from (typically zinc and titanium oxide) occur in nature, meaning they pose no threat to our ocean’s biodiversity. The more people who switch, the more chance our reefs have of ultimately surviving.

It Works Batter For Your Skin Too The reasons behind switching to active mineral based sunscreen aren’t all ecologically-based as it’s far better for your skin too. Chemical sunscreen is absorbed directly into the skin, meaning that it takes a good 10-15 minutes before it’s even effective at blocking UV rays from the sun.

Not so with mineral sunscreen, however, as it’s a substance that sits on top of the skin, not needing to be absorbed. Working instantly, it acts as a reflector, directing ALL sun rays away from the skin before they’ve had a chance to do any damage. Rather than having to wait 15 minutes in the shade, you can get out there and enjoy the sun right away.

That’s before we even start talking about the fact that mineral sunscreen is a great option for anyone with sensitive skin or any kind of skin issue. Not being absorbed into the skin and containing only natural ingredients, it’s much gentler to the epidermis, meaning it’s much less likely to cause irritation.

Make the Swap For the Sake of Future Generations

If we don’t want our coral reefs to be consigned to the history books and only able to be found in text books by future generations, the need for the world to swap en masse to active mineral based sunscreen has never been more acute than it is today.

With climate change in full force and our seas full of plastic, the last thing we need is for coral reefs to go the way of the dodo. So, why not consider switching from your standard chemical sunscreen for the good of not just your skin, but also the natural environment.

One day they might be gone and they’ll be sorely missed for a multitude of reasons. This simple buying switch can stop it from happening and maybe, they’ll still be around for decades to come.

Ariana Smith is one of those personas who tends to integrate both passion and profession. She is used to sharing sentient blogs regarding topics like Technology, Business, fashion, fitness, and more. Follow more of her contributions on sites like SmartBusinessDaily and FollowtheFashion 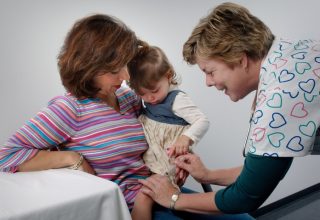 The Flu in Children: Causes, Symptoms and Treatment 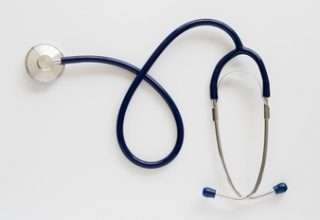 What MCAT Score Do You Need To Get Into Medical School?